Episode 11 - Other People's Opinions Are None of Your Business

Episode 11 - Other People's Opinions Are None of Your Business 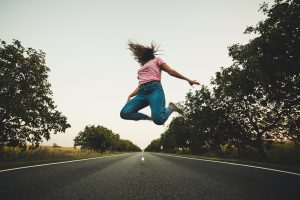 Are you one of those people who gets offended by what other people say?  If someone says something about you, does it hurt you?  Let me teach you why other people’s opinions are none of your business…because they aren’t actually about YOU.  It’s really about them!  And when you figure that out, it is amazingly freeing!

In October of last year I was introduced to a concept that changed my life.  My life coach told me that other people’s opinions were none of my business.  There was MY business, God’s Business, and other’s business.  I could control my own thoughts and behaviors, but I couldn’t control anything else, and really, it was none of my business.  And I was like….WHAT????  As a person who really tried to control as much as I possibly could, this news was life changing.  I mean…it seems like it would be common sense, but how often do we try to control and manipulate the behaviors, thoughts, and opinions of others?  But realizing how true it actually was, was incredibly freeing!  I was learning how to control my own thoughts and emotions, but not having to worry about how others were thinking and feeling (because I really have no control over it anyway) really lightened my load.

So I have a few examples I want to share with you that have happened to me in the last couple of weeks.

When someone says something about us, our lower brain kicks into gear to try and protect us.  It puts up its defenses and makes us get angry in return so that we don’t get hurt.  But deep down the thoughts are often “is it true?” and comes back to our innate fear of not being enough.”

When we question our own value and the truth in what is being said about us….THAT is what hurts us.  But if we have confidence in ourselves, our worth as a human, and who we are, nothing anyone says can hurt us.  When people lash out, its really more about them and what they are feeling and thinking than it is about us.  If someone told you that you have blue hair, but you know your hair is brown, you wouldn’t care because you know its not true!  But if someone calls you a name, or makes you feel inadequate in some way, why do you question if its true or not?

But you see how I didn’t make it about me?  Because it really wasn’t.  It was about him and where he is in his life in that moment.  And that’s why his opinion is really none of my business.  I get to control me.  He gets to control (or not control) him.  Isn’t that so empowering????

So here is another example - a few years ago I said something I probably shouldn’t have.  It wasn’t said in a malicious, gossipy, or mean way AT ALL!  It was something I was just curious about so I could gain more understanding of a situation.  But that was not the way it was taken.  The woman confronted me, and while I tried to explain where I was coming from and apologize, she was NOT having it.  To this day (and it’s been 3 years!) she won’t talk to me and badmouths me in public.  It even got to the point where I had to block her on facebook.  But I’ve come to realize that she is coming from a place of hurt and pain.  What I said hit a nerve.  And while it makes me sad that she continues to be hurt by it, there is really nothing I can do at this point except continue to be kind and have compassion for where she is at.  Its just kind of sad.

So again… her opinion is none of my business.  Because its about her.  Where she is in HER life right now.  If what I had said was preposterous to her she wouldn’t have cared.  But apparently I hit a nerve, even though I didn’t mean to.  And I feel sad.  I regret even asking (even though it wasn’t done maliciously) because it caused her pain.

So when I say its none of your business, I don’t mean you should go out saying and doing things that you know will purposely hurt people….of course not!  But you can’t control how people are going to think and feel…that’s about them.  So you just live your life the best you can, worry about your own thoughts and your own emotions, take control and ownership of that (because that is hard enough!) and not worry about everyone else’s.

Now - this goes not only for strangers, or neighbors, but for members of your own family.  You can’t control how your husband or your children or your siblings or your parents, or friends or anyone is going to act, think, or feel.  But if you are acting out of LOVE in every situation, then no matter what the result you will know that you are doing the right thing.  Because acting out of LOVE is ALWAYS the best option and ALWAYS right.

Ok my friends, that is all I have for you today.  I’ll see you next week!