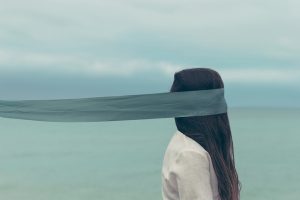 Are you living your life out of fear? Fear of the unknown? Fear of being hurt? Fear of failure? Fear of judgement? Fear of your emotions?

Fear keeps us stuck and from living our best life.  In this podcast we will examine all the ways emotional fear changes how we show up in the world, how it keeps us trapped, and how we can face our fears and live our best life!

Thoughts are like clothes, you have to try them on and see if they resonate with you.  You don’t have to agree with everything I say.  You can take what you want and leave the rest and that is totally fine.  I know that a lot of my view come from an LDS perspective and if that isn’t ok, with that is totally fine.  I think MOST things can be translated to any religion or spirituality, but if they don’t for you, that is totally fine!  I get that I’m not for everyone, and I’m ok with that!

Now, if there is something I talk about that you have questions about or want to know how you can apply it to your own life, please sign up for a mini session or make a comment on the episode’s page on my blog and I promise I will do my best to answer it.

So today I want to talk about FEAR!  I think a lot of us live our lives in fear.  And I’m not necessarily talking physical danger here (although that sometimes can be part of it) but I’m talking more EMOTIONAL danger.

Fear of the unknown

Fear of being hurt

Fear of our spouse or our children being hurt

Fear of our emotions

Fear of being in any sort of discomfort

We’ve come to a place in this world where everything is SO EASY and so CONVENIENT that our brain is literally trying to invent things to be fearful of!

Let’s talk about our brains for a minute.  So our brains are super complicated and I am not going to go into much.  I’m going to keep it pretty simple

We have our lower brain and our higher brain.

Our lower brain - it is our primitive brain.  It was designed to keep us safe and to protect us.  It doesn’t want to seek change, to thrive, to grow, or evolve.  It just wants to stay the same and be safe.  It is constantly on the lookout for things that might hurt us, physically and emotionally.  Personally, my lower brain is constantly on the lookout for snakes and mean girls.

I am TERRIFIED of snakes.  Always have been.  I have an automatic gag reflex when I see them.  I can’t go to the reptile house at the zoo.  I can’t go into the room where they have them at an aquarium.  I can’t even look at them in a picture or on TV.  And you can FORGET IT when I see them in the wild.  My husband and son are constantly telling me about killing snakes in our backyard and I tell them I don’t even want to hear it, because I don’t want to know that there are snakes in my backyard.  Well now, I can’t even go out into my backyard without being constantly on high alert for a possible snake encounter.

This is my LOWER brain going CRAZY!  It’s trying to protect me from the snakes.

Now - it can do the same thing with emotional dangers if I let it.  When I let my lower brain go unsupervised it is like putting a toddler behind the wheel of car.  It’s crazy in there!  So I am constantly having to engage my higher brain to keep that craziness under control.

Now your higher brain is there, but it’s not very functional on its own.  You really have to learn to use it.  It’s the part of the brain that produces purpose in our life and allows us to create transformative change.  This is where the magic happens.  When we engage that higher brain.

But the problem is, most of the time we don’t.  We let that toddler in our lower brain run wild!  And when that lower brain is running wild that fear of all the things that might possibly hurt us goes crazy.  And that fear narrows our vision and makes us less able to think creatively or flexibly.  We get narrowed hyper focused on all things that can hurt us and let our fear go wild.

So my son Taylor is a senior in high school.  In fact, he graduates in a week!  Anyway, he is taking this communications class and there have been some assignments that have been really hard for him.  So there was one assignment where they were supposed to go up in front of the class as act like the opposite sex.  The toddler in Taylor’s brain went CRAZY.  He was calling and texting me completely freaking out.  There was no way he was going to do it.  His heart was racing, he was sweating.  He was so afraid.  And I kept trying to talk to him about it and what it came down to was that he was afraid.  Afraid of failing.  Afraid of looking silly and being humiliated.  His body was creating a physical reaction to a completely irrational emotional fear.  So I was able to help him calm down by helping him identify and process his emotions.  Helped him recognize he was actually feeling fear and it actually wouldn’t kill him!  And guess what, he did it and he didn’t die!

“The only failure is quitting.  Everything else is just gathering information.”  Jen Sincero

Now speaking of Taylor…since he is getting older and about ready to graduate I have had my own fears about what he is facing over the next couple of years.  For a long time I thought the worst thing in the world would be if he didn’t go on a mission or our church.  What would he do with his life? What would people think of him?  What would people think of me?  I had failed as a mother if he didn’t go.  And then I took a step back and realized that I was actually trying to manipulate him and the situation to make myself feel better.  So I had to do some serious thought work on the possibility that he may not go on a mission.  I had to shift my thinking to thoughts like “If he doesn’t go on a mission he will find the path that he is supposed to go”  “if he doesn’t go it doesn’t mean anything about me as a mother, I know I’m a good mom and I’ve done the best I can to teach him.”  I also made sure to tell him that I would love him and things would work out the way they were supposed to whether he went or not.  And guess what? He’s decided to go!  Whew!  But man, wow, those fears all came up pretty strong.  And when they did, I really wasn’t showing up for him in the best way I could.  Instead of showing up in love, I was showing up in fear and being manipulative.  So not good!  But once I shifted my thinking and showed up in LOVE, things were so much better and he was free to make his decision on what was best for him.  And I honestly feel like things would be great no matter what, because I had decided they would be.

So what if we take control of our fears?  What if we ACT even if we are afraid? What if we stop letting the fear we create in our minds stop us from doing things?  Then how will we show up in our life?

So how do we do this?

Have you ever noticed that sometimes the FEAR about feeling the FEAR is worse than it actually happening?  Thing about when you or your child is going to get a shot.  They are freaking out because the needle is coming towards them.  But when it actually goes in, its this little poke for just a minute and then its totally fine.  The freak out about the FEAR was actually way worse than the actual FEAR!

We hold ourselves back from so many things because we are afraid of how it might feel.  And what most of the emotional fear all boils down to is the fear of not being enough.  But you ARE!  You absolutely are enough, just as you are right now!

A lot of us have this fear of the unknown.  We always want to have a clear path layer out in front of us the whole way.  But I firmly believe if we take that first step, get over the fear and take action, another step in the path will be shown to us as we go.

I think one of the things I was most of afraid of was failing in my marriage and how I would I handle being single.  What would people think of me?  What would my children think?  What would my Heavenly Father think?  How would I support myself?  How would I support my kids?  Where would we go?  What would we do?  That fear kept me paralyzed for a really long time.  I spent many years buffering and ignoring what was happening because I didn’t want to face the fear.  I didn’t want to be a failure and I didn’t know the path path that played out in front of me.  But when I faced up to things and moved through the fear, what has come out on the other side is so much better!  I am strong, I am confident, and now I have an amazing marriage.

Fear is part of life.  We all have it.  We were programmed for it.   It’s not going anywhere.  It’s pretending to be necessary.  Embrace it.  Expose yourself to it over and over again.  Learning how to overcome those fears and face the challenges and get that crazy toddler inside our head under control….now that’s when magic happens.  If you can learn to deal with fear your life will be LIMITLESS!

So I want you to do an exercise.  I want you to take out a sheet of paper and just write.  Write all your fears. Don’t edit.  Just write them all down.

Need more help changing those thoughts? Let me know!  I’d love to work with you!